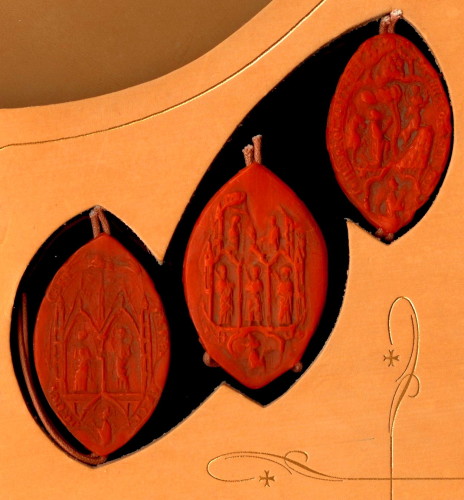 As the continuation of the Ancient Priesthood of Solomon of Knights Templar heritage, Ancient Catholicism is directly recognized by the Vatican Code of Canon Law as verified by “learned authors” (Canon 19) [1] [2] and as “immemorial customs” and “centennial customs” (Canon 26) [3], by the Temple Rule of 1129 AD as a Papal Decree [4], and the Papal Bulls Omne Datum Optimum of 1139 AD [5] supported by Milites Templi of 1144 AD [6] and Militia Dei of 1145 AD [7].

As the founding origins and underlying substance of the Independent Church Movement, Old Catholic Movement, Reformed Catholic Movement and Liberal Old Catholic Movement, Ancient Catholicism is additionally recognized by the Vatican Code of Canon Law as validly “incardinated” Independent Bishops not subject to any external authority (Canon 266) [8], by the Papal Decree of the Fourth Lateran Council of 1215 AD recognizing “independent Churches” (Canon 3) with “ancient privileges” of “their jurisdiction” (Canon 5) [9], the Papal Decree creating the Gregorian Egyptian Museum in 1839 AD [10], and the Papal Bulls Debitum Pastoralis of 1520 AD and Dominus Iesus of 2000 AD [11]. 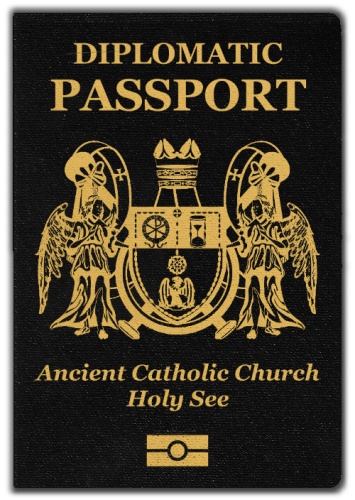 The Anglican-Roman Catholic International Commission (ARCIC) established certain core principles on “Authority of the Church”, which form the definition of criteria for a Church to possess inherent canonical Pontifical authority. Possessing a legitimate Pontificate is necessary for a Church to hold Ecclesiastical Sovereignty under customary international law. This definition has force and effect of Canon law as the “common and constant opinion of learned authors” (Canon 19):

Therefore, canonical Pontifical authority can only be held by a Church which is a historical institution, having juridical and doctrinal continuity of its own unique heritage and traditions, which uniquely embodies and represents a distinct primary denomination of Christianity, and which unifies diverse Churches from related secondary or derivative denominations. (As a result, the various independent Churches of schismatic secondary denominations cannot style themselves as having any “Pontifical” capacity.)

Under the Roman Catholic Code of Canon Law, the Ancient Priesthood of Solomon, as recovered and continued by the Order of the Temple of Solomon, is a “public juridical subject of canon law” (Canon 113, §2, Canon 116, §§1-2), possessing its own independent Pontifical authority (Canon 215), fully exercising its own canonical “power of jurisdiction” for its unique and original denomination of Ancient Catholicism (Canon 129, §1) [14].

Accordingly, the Ancient Apostolic Church legally holds the status of an independent “sovereign subject of international law” [15] [16], based upon its substance and capabilities to advance its historical purposes internationally [17]. The Catholicate thus possesses non-territorial statehood in its own right, for international representation of its member Churches in diplomatic relations.

The apparent paradox of a Pontifical authority for “Independent” Churches is resolved by the authentic principles of doctrinal and liturgical freedom, with autonomy for all member Churches. This allows the Ancient Apostolic Church to serve as an international presence advancing the collective interests for the benefit of all its Churches in Communion with the canonical Pontificate. 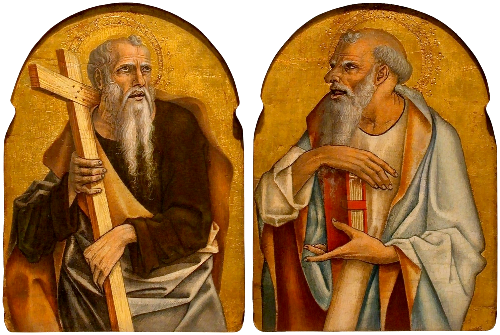 ‘Two Apostles’ (1475 AD) by Carlo Crivelli, at Honolulu Academy of Arts, depicting Saint Paul and Saint Peter in joint co-regency as Coadjutoris Pontifex of the Holy See of Antioch in 37 AD.

However, the denomination of Ancient Catholicism, by its earliest roots from the Biblical Magi Priesthood of Melchizedek, has a documented original practice of establishing joint Pontiffs, serving in “co-regency” as High Priests. This is confirmed by historical precedent as evidenced in Biblical scripture: Melchizedek “blessed” Abraham as a Pontifical consecration (Genesis 14:18-20; Hebrews 7:1, 7:9), after which both served as Patriarchs of their respective territories [21]; Zadok, a High Priest of the Melchizedek lineage, “anointed” Solomon (I Kings 1:39), after which both held the same set of two interchangeable High Priest titles, in joint co-regency as Pontiffs [22].

The early Christian precedent in the 1st century Church is the co-regency of Saint Peter and Saint Paul as Coadjutor Patriarchs (Coadiutores Pontifex) of the original Holy See of Antioch, the “First Church” of the New Testament in 37 AD.

Another precedent in the 18th century Church is the Cistercian Bishop Dominicus Marie Varlet, who was consecrated by order of Pope Clement XI in 1719 AD, specifically as the “coadjutor and successor” Patriarch with the Latin Bishop of Babylon in Persia.

The Roman Catholic Code of Canon Law confirms that a Coadjutor Pontiff (Coadiutores Pontifex) can be permanently established to support the primary Supreme Pontiff (Summus Pontifex) by the Church’s Charter as a decree (Canon 403, §3), allowing to automatically assume acting capacity of that office (Canon 404, §1, §3, Canon 413, §3) whenever the Pontiff is absent or impeded (Canon 405, §2) [23].

Accordingly, the Pontifical authority vested in the Templar Order for the Ancient Apostolic Church is properly and canonically delegated among two co-acting Pontiffs:

The Supreme Pontiff (Summus Pontifex) has primary authority over all canonical and ecclesiastical matters of the Church, serving as the Pontifical Prelate of the Catholicate, and Head of the Pontifical Curia and College of Bishops, under the independent canonical Restoration Charter of the Church.

The Templar Grand Master remains the titular Sovereign Pontiff (Princeps Pontifex), guiding the ongoing restoration and multi-millennial development of the Church as a historical institution, and serving as the Head of State for the Church as a sovereign subject of international law. In this role, he inherently serves as the Coadjutor Pontiff (Coadiutores Pontifex), as a backup substitute Pontiff, acting temporarily at any times when the Supreme Pontiff may be unavailable.

By this delegation of Pontifical authority, the Ancient Apostolic Church retains full ecclesiastical independence, with its own classical and canonical Supreme Pontiff and Council of Bishops, separate from the Templar Grand Mastery as the historical Fons Honourum source of its continuity.

Through this arrangement, the Church is vigilantly protected and supported by the Order of the Temple of Solomon, as Guardians of the Church and Defenders of the Faith. The Templar Order thus serves as an external framework of security and infrastructure for practical support of the Church, as a companion “Sister State”. The Supreme Pontiff also holds a seat as Grand Canon of the Templar Order, as chief advisor to the Grand Mastery on all canonical and ecclesiastical matters.

The Old Catholic Movement essentially began in direct reaction to the Vatican’s newly declared dogma of “Papal infallibility” in 1870 [24]. It was led and founded by an estimated 10% of Bishops who actually split from the Vatican [25], about half of the 20% of dissenting Bishops, representing a following which averages 50% of all practicing Roman Catholics who joined the Old Catholic Movement [26].

All humans as God’s temporal creatures, by definition, are inherently capable of making mistakes, notwithstanding the success with which God may help us to avoid or prevent such mistakes (Psalms 37:24, 103:2-4; I Peter 5:6; James 3:2; Romans 3:10). This inherent God-given human condition should never be disregarded, but rather must be acknowledged as inspiration to always strive for improvement (Psalms 32:5; Proverbs 28:13; Philippians 3:13; Romans 3:23). Only the original authenticated Word of God itself, in scripture, and in the context of other supporting scripture, can be infallible (Isaiah 40:8; II Timothy 3:16).

Accordingly, the Pontificate and Curia of the Ancient Apostolic Church are certain, convinced by scripture, that they cannot be “infallible”. The proper and true role of the Pontificate is not to dictate, but rather to inclusively unify and faithfully represent the collective wisdom of the Curia, the College of Bishops, and the scholars among the Clergy and Faithful.

As a result, the Pontifical Bulls and Decrees of Ancient Catholicism must be “self-proving”, containing direct references to scripture. Interpretations of scripture must be explained by other supporting scripture, in the context of verified facts of the historical record, as clarified by academic archaeology. All Pontifical statements are subject to amendment in the event that additional scriptures or new historical evidence are found to be relevant to correcting or refining any interpretation.

Click for details about Membership & Participation in the Ancient Apostolic Church.

[8] The Vatican, The Code of Canon Law: Apostolic Constitution, Ratified by Pope John Paul II, Holy See of Rome (1983): Valid Apostolic lines “conferred by the imposition of hands and the prayer of consecration” (Canon 1009); “By the reception of [consecration] a person… is incardinated in the particular Church… for whose service he is ordained.” (Canon 266); Independent “competent ecclesiastical authority” (Canons 114, 116, 118).

[9] The Vatican, The Canons of the Fourth Lateran Council (1215), Translation in: H.J. Schroeder, Disciplinary Decrees of the General Councils, B. Herder, Saint Louis (1937), pp.236-296: “The same law is to be observed in regard to those who have no chief rulers, that is, are independent.” (Canon 3); “Renewing the ancient privileges of the patriarchal sees… In all provinces subject to their jurisdiction appeals may be taken to them when necessary” (Canon 5); autonomous “cathedral churches” (Canons 10-11); “cathedral churches” independently elect their own Bishops (Canon 23).

[10] The Vatican, Gregorian Egyptian Museum, Vatican Museums Management (museivaticani.va), Statement (2003), Republished in “Sections” topic (2007): “Pope Gregory XVI had the Gregorian Egyptian Museum founded in 1839. … The Popes’ interest in Egypt was connected with the fundamental role attributed to this country by the Sacred Scripture in the History of Salvation. … The last two rooms house finds from ancient Mesopotamia and from Syria-Palestine.”

[11] Congregation for the Doctrine of the Faith, Dominus Iesus: On the Unicity and Salvific Universality of Jesus Christ and the Church, Holy See of the Roman Catholic Church, published by Pope John Paul II (16 June 2000), republished by Pope Benedict XVI (August 2000), Article IV, Section 17.

[19] Pope Innocent II, Omne Datum Optimum (29 March 1139), translated in: Malcolm Barber & Keith Bate, The Templars: Selected Sources, Manchester University Press (2002), pp.59-64: “the religious life… established in your house [Temple]… inviolably”; “the house [Temple]… [is] the source and origin of your Holy institution… so it shall be… forever the head and ruler”; “customs [laws] instituted… by the [Grand] Master… of your religion… may not be infringed nor diminished by any ecclesiastical or secular person”.

[26] The Vatican, The Catholic Encyclopedia (1912), The Encyclopedia Press, New York (1913), Volume 15, “Vatican Council”, p.305: Part II, “Proceedings of the Council”, Section 2, “The Parties”: “the minority, comprising about one-fifth [20%]… feared the worst… many wavering Catholics, an increased estrangement of those separated from the Church”; the list of dissenting countries indicates this “minority” represented an average of 50% of all practicing Roman Catholics. 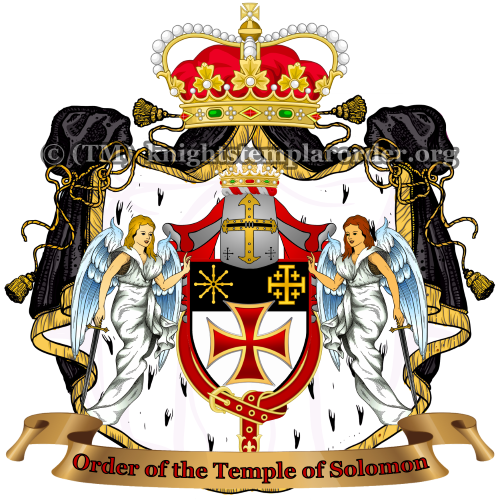 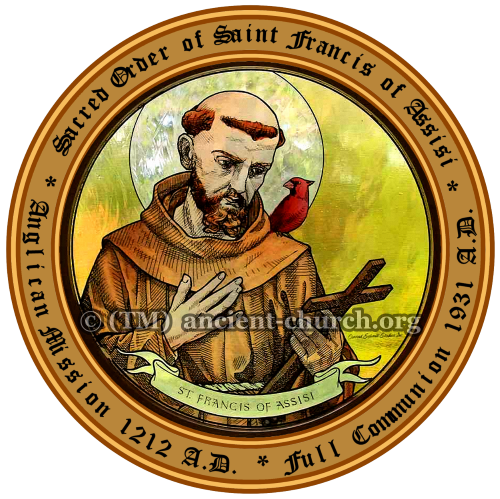 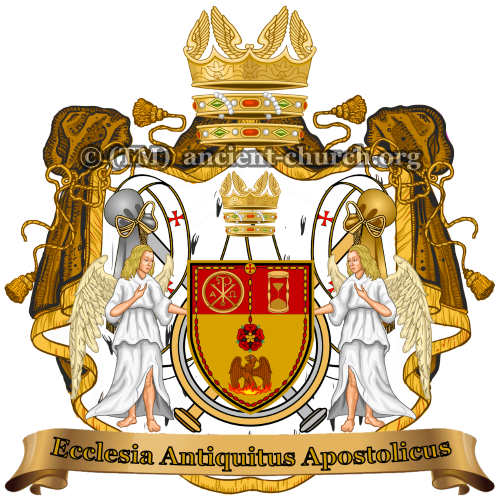 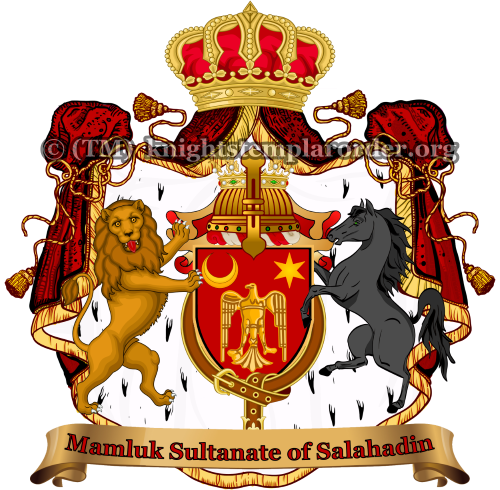 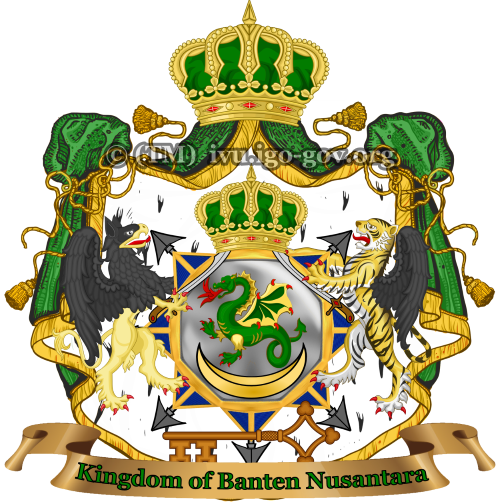 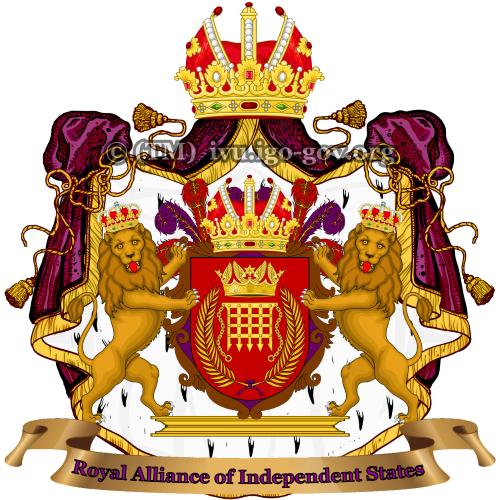 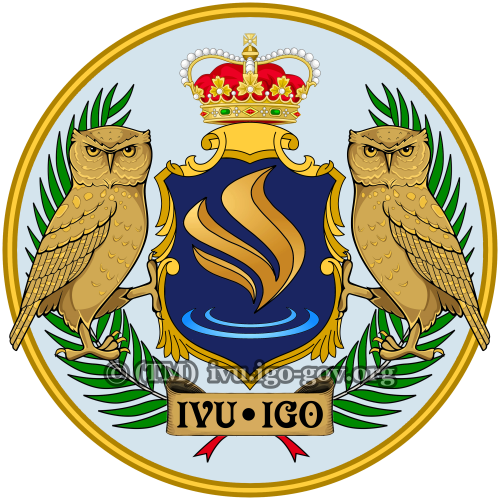 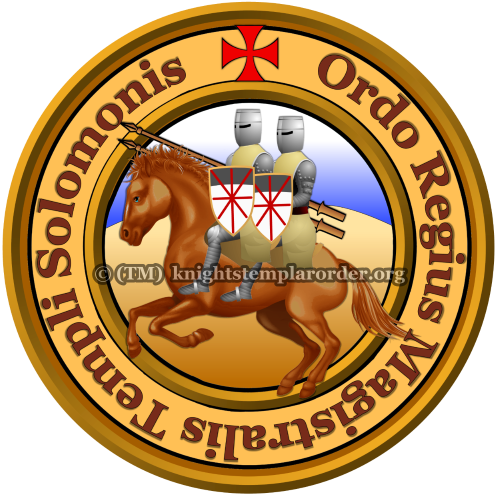 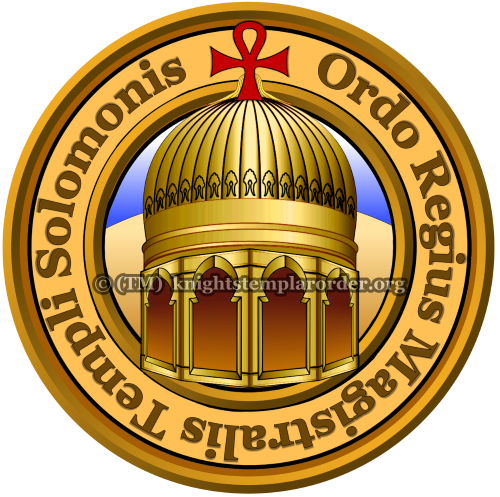 Spanish
You cannot copy content of this page
Scroll Up